At Vogue Recovery Center, we have decades of experience treating even the most complex substance use disorders. Whether you’ve been abusing one substance like heroin or alcohol, or your addiction involves poly drug use, meaning you’re abusing a mix of substances, we have the expertise to help. Our drug addiction treatment programs address the root causes of substance abuse, not just the symptoms of drug and alcohol use. These underlying issues often include:

Our medical team will safely detox you from drugs and alcohol. Once you’ve eliminated substances from your system, we’ll create a personalized drug addiction treatment plan for you that’s based on your unique needs, experiences, and preferences. This may include traditional substance abuse treatments like cognitive behavioral therapy and dialectical behavior therapy as well as holistic approaches such as art therapy and yoga. Our addiction recovery approach addresses the whole person, healing the physical, emotional, and spiritual wounds of substance abuse.

Why Drug Addiction Treatment Is Important

No matter what substance you’re abusing, quitting is not just a matter of willpower. Addiction is a disease that requires medical and behavioral interventions, just like any other health condition. When you abuse substances, your body develops a dependence on them. This is what causes withdrawal when you quit using drugs and alcohol. It’s important that detox and withdrawal take place under the care of medical professionals who can ease discomfort and reduce cravings, but more importantly keep you safe. With some drugs and under certain circumstances, withdrawal can be dangerous, even deadly.

Medical detox is just the first step in sobriety. Alcohol and drug addiction treatment is the next one. Without understanding the reasons why you abuse substances and learning healthier ways to cope without drinking or using drugs, relapse is imminent. In a professional treatment program, addiction experts help you identify your triggers, begin healing from them, and acquire skills and practices that prevent relapse. You’ll receive treatment for underlying mental health issues that fuel your alcohol or drug abuse and participate in a range of behavioral therapy approaches.

Types of Addictions We Treat

Our medical and behavioral teams are well-versed in treating all types of substance abuse safely and effectively. Some addictions we frequently see at our addiction centers include:

A highly addictive drug, cocaine originated from indigenous people who used coca leaves to help treat toothaches, tiredness, and fatigue. For a short period of time around the turn of the 19th century, cocaine was legal in the United States. It was used as a medicine and was an active ingredient in Coca-Cola. Today, cocaine is illegal in the United States. It’s processed from coca leaves grown mainly in Columbia, Bolivia, and Peru. The majority of illegal cocaine is purchased by the United States and distributed on the Eastern Seaboard and Mexican border to California.

Cocaine addiction can have devastating consequences on your life and drug addiction treatment can turn this around. It’s usually snorted, smoked, or used intravenously. The drug has dangerous short and long-term health effects — from destroying your nasal cavity and raising your blood pressure to heart attack and overdose. Cocaine affects you for a relatively short time, which feeds the cycle to use more and develop a dependence.

Heroin addiction happens swiftly. It’s intense, and difficult to kick. Heroin changes your brain chemistry quickly, paving the way for physical dependency on the drug. You need increasing amounts of heroin to get the same effects and often just to prevent heroin withdrawal symptoms.

Withdrawal symptoms can be particularly challenging between times of use, which fuels the addiction cycle. They can include fevers, the chills, “ghost” itching, nausea, and the inability to think correctly.

Most heroin users take it intravenously to get the quickest and most intense high. Other users smoke and snort it in powder form. Heroin slows the heart rate and blocks pain receptors. Many users claim that heroin provides a quick rush and then sends them into a dreamlike state, numb to stress and anxiety for hours. Mixing heroin with other drugs such as stimulants can be deadly.

Some people don’t realize they’re addicted to painkillers until it’s too late. They may have been prescribed the drugs for an injury, then find that after the healing process, they can’t get off the pills. One of the main reasons opioids are so addictive is because they alter your brain chemistry. They create endorphins while numbing pain, and the result is that the body feels good. Over time, the brain has a difficult time producing endorphins naturally, which may make you want to take more opioids for the continued effect. If you have a predisposition to addiction or a co-occurring mental health disorder, opioids can feel especially soothing, increasing your risk for abusing them.

If you’re taking opioid prescription medications, it’s important to follow the instructions. Always consult your doctor before changing your dosage. If you think you’re becoming addicted to painkillers and may need drug addiction treatment, tell your doctor. They can diagnose you with a medical assessment. Signs that you’re addicted to opioids include:

Many people can use painkillers and not become addicted to them, though using them for more than 30 days may make you dependent. If you have an addictive personality or trouble with other drugs in the past, always tell your doctor and they will adjust accordingly.

Some people disagree that marijuana can be addictive, but you can actually experience withdrawal symptoms because of dependency. Heavy users may have mood shifts such as:

This can put you at risk for developing a cannabis use disorder and addiction as withdrawal symptoms increase. Some people who abuse marijuana find that they cannot stop even when it interferes with work or personal life. It’s possible to be dependent on marijuana, but not addicted.

Marijuana users who start in their teens have a higher possibility of drug dependence in their adult life. Some addiction professionals have referred to marijuana as a “gateway” drug. They’ve seen it lead to heavier drug or alcohol use. Marijuana is also often used alongside other drugs, such as stimulants to “come down” from the high in a more pleasing manner. This puts you at increased risk for addiction and the long-term effects of substance abuse. Leading a clean and sober lifestyle means abstaining from all drugs, including marijuana.

MDMA is a synthetic drug that affects the body as a stimulant and hallucinogen. Originally developed to treat several psychological disorders, ecstasy became popular on the streets as a “club drug” when all-night dance raves found their way into mainstream culture. The drug provides feelings of euphoria, a desire to socialize, lowered inhibitions and sometimes mild to moderate hallucinations.

MDMA is sold in powder and pill form. It’s frequently cut with a myriad of other substances such as:

Cutting MDMA with these substances can be dangerous. Detoxing from MDMA also means that there are most likely a variety of toxins in your body as well. That’s why MDMA detoxes should be medically supervised.

Amphetamines are stimulant drugs developed to help with attention-deficit/hyperactivity disorder (ADHD) and narcolepsy (sleep disorder). They’re classified as central nervous system (CNS) medications and though legal, they’re often abused. Some reasons why people abuse amphetamines are to lose weight, increase energy levels, and combine them with other drugs for a certain type of high. Amphetamines have made the news in the last couple of decades as a “study” drug for college students hoping to stay awake and cram for exams.

Methamphetamine (meth) is also a stimulant. It increases heart rate, blood pressure, speeds up metabolism, and gives the user euphoric feelings and more energy. The chemical structures of stimulants and methamphetamines are similar, though meth reaches the brain faster. This makes for a more intense and quicker high. The immediate sensation is one of the reasons why meth is so addictive.

Both meth and amphetamine addiction are dangerous and harmful. Side effects can leave permanent physical and psychological damage. Some of these include rotted teeth, permanent psychosis, and brain damage.

Moderate alcohol use can often turn into dependence. This is when you no longer drink because you want to, you drink because you must. Without alcohol you begin to experience sickness and physical withdrawal, which can be life threatening.

Most people with alcohol addiction are unable to stop drinking without medical assistance.

Alcohol travels through the bloodstream after it’s absorbed in the small intestines. Sometimes it enters the bloodstream more slowly due to food. The liver plays an important role in metabolizing alcohol. Most alcohol is metabolized in the liver by an enzyme called Alcohol Dehydrogenase or “ADH.” ADH breaks down the chemicals in alcohol into what’s known as acetaldehyde, and an enzyme closely related to ADH. Aldehyde Dehydrogenase transforms it into acetate. Acetate goes through a final metabolization process, becoming carbon dioxide and water, which leaves the body by elimination. Problem drinkers make their livers and body continuously go through this process and take in alcohol quicker than the body can process. This contributes to the long-term damage to the liver and other organs from repeated alcohol abuse.

Ready to Get Help?

We’re here 24/7. If you or a loved one is struggling, call us and we’ll figure it out together. We offer evidence-based alcohol and drug addiction treatment that is engaging and motivating. Our treatment centers are home-like and staff and fellow clients are welcoming, friendly, and truly care about you and your recovery. We will meet you where you’re at on your recovery journey with several types of treatment options that include:

Life is better in recovery. Call us today. 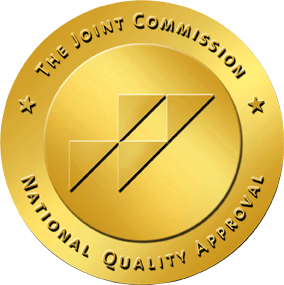